If you're the type of DM who likes to use a little music to set the mood during gaming sessions (I do. In fact I will have a write-up of my favorite mood music composer very soon!) then the folks at Electronic Arts will make your day. They announced yesterday that until February 9 they are giving away the 'tavern songs' from their recent release Dragon Age: Inquisition! After February 9 the album will be made available on various digital platforms but at a cost. To sweeten this deal EA has even included the sheet music for each of the 10 tracks in the .ZIP file.

While I have never actually played any of the games from the Dragon Age franchise, most of my gaming group have and they keep recommending I try it. My younger brother loves the series. In fact, he has been itching to run the Dragon Age tabletop RPG published by Green Ronin Publishing for seemingly forever now. I'm sure when he finally gets to he'll make good use of these tracks.

And let me assure you that you don't need to be a fan of the series to appreciate these songs. Sure, some of the references in the lyrics might be lost on you but if, like me, you're going to use these as background music during gaming sessions then the volume shouldn't be loud enough for anyone to really notice the lyrics anyway. I've only been able to give the album a quick listen, but personally I really dug tracks 3 ("Empress of Fire"), 7 ("Bard Maker"), and 8 ("Sera") Click the pic below and get this album for free before February 9: 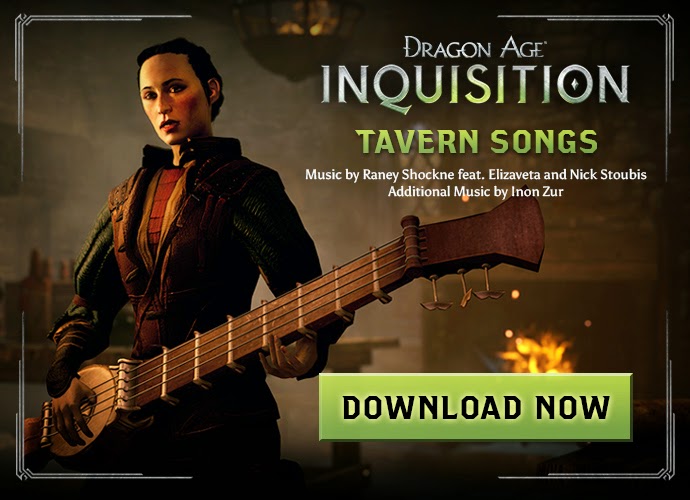